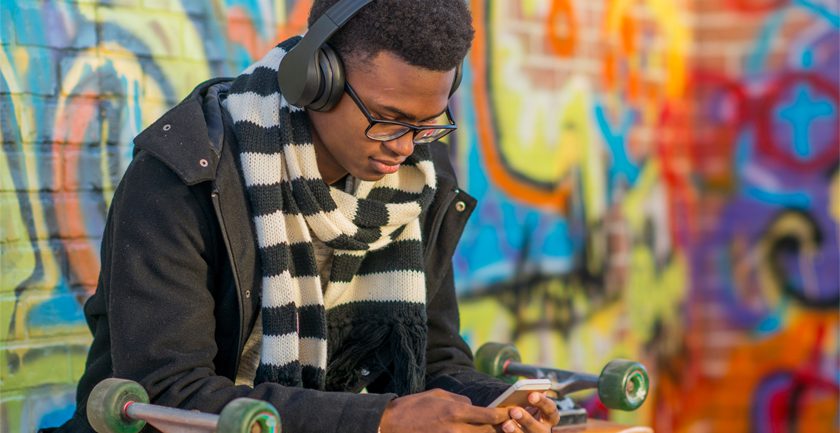 To mark 50 years since the first Children’s Hearing was held on 15 April 1971, two key figures in the system reflect on the past five decades. Firstly we hear from SCRA’s current Principal Reporter/Chief Executive Neil Hunter, followed by Malcolm Schaffer, SCRA’s former Head of Practice and Policy who retired after five decades working for the Reporter’s Service.

“There is no question that on attaining 50 years since the first ever Children’s Hearing, Scotland’s approach to the welfare and protection of children and young people has proven its enduring nature and adaptability to the huge range of social, legislative, structural and political change over that period. The ethos and principles of the founding Kilbrandon Report remain as strong as ever – as recently captured and reinforced in The Promise.

The Kilbrandon vision of support, care and social education for children and young people who were in trouble or at risk, remains one of the most profound social developments in modern day Scotland. The focus on children’s welfare and dealing with the underlying issues in their lives, whether at home, at school or in the community, remains as important now than at any point in the last 50 years.

There has been no shortage of change to how Children’s Hearings have worked since 1971, and at each turn the volunteer panel members, children’s reporters, social workers, Safeguarders and others who form the core elements of our approach, have consistently been able to meet that challenge.

The most recent single major legislative change, the Children’s Hearings (Scotland) Act 2011 brought together some of the most significant improvements to how Hearings operate and the standards to which we work, including the creation of Children’s Hearings Scotland and the advent of the role of National Convenor.

The needs of children, young people and their families have also changed over time. The understanding of, and the need to work alongside families has developed since the early 1970s. The need to listen carefully, understand and act in the best interests of each child as a unique individual has also developed, as has our understanding of the impact of social and economic disadvantage, adversity and the impact of trauma on both children and their families.

What has remained consistent over time – and it’s at the heart of the Hearings System – is a clear understanding of the links between individual and familial needs and how these can manifest themselves in ways that require children and young people and their families to be actively helped to overcome the difficulties they face and, where necessary, protected from harm – sometimes with the force of legal measures.

The role of the Children’s Reporter has developed hugely over the last 50 years. In April 1970, adverts for the first Reporters were posted across the country, such as Caithness County Council and the Corporation of the City of Aberdeen’s search for “qualified solicitors (in Aberdeen with the additional requirement that applicants must not be aged over 50!) with a salary range of between £250 (part time) and £3,210 (full time) per annum”.

This chimes with Malcolm Schaffer’s recollections of the time – of a huge variation in arrangements across the country for this new emerging approach. At that time, Children’s Reporters were officials working within Local Authorities, and the variation of practice was understandably extensive. Since 1996 Children’s Reporters are now part of our national organisation SCRA, independent from Local Authorities. While some variation across Scotland is something that will always be necessary, Reporters work to common standards, direction and guidelines, are drawn from a wide range of professional backgrounds (the law and social work remain the mainstay though) and have access to an extensive training and development as part of our Professional Development Award in Reporter Practice.

Children’s Reporters remain a single point of referral for anyone who has a concern about the welfare and safety of a child or young person – and their work day to day is critical in ensuring independent decision making to ensure balance, proportionality and justification in how state agencies intervene in children and their families lives. Their focus remains the best interests of the individual child and their investigation and decision making each day ensures that thousands of children and young people who may need formal measures of care and protection can access it through referral to a Hearing.

The levels of need and the complexities of issues faced by children, young people and their families is of course profoundly different to that in 1971. The balance of referral to the Reporter has shifted hugely towards issues of care and protection, neglect and abuse. Offence referrals now comprise the significant minority of referrals.

The knowledge and skill set of Reporters has changed and expanded, and the amount of time leading difficult, complicated and specialist evidence in court has increased over the years. The role of the Reporter in the Hearing has of course changed too. We know that there was huge variation in how Reporters discharged their duties in the early days of Children’s Hearings. Today, 50 years later the independent functioning, separation of duties and clarity about roles, responsibilities and parameters form a critical aspect of the checks, balances and safeguards in Hearings – from which we can all derive confidence and reassurance.

Reporters every day balance rights – to privacy, to family life, to ensure that children can be secure, cared for and loved, to protection from harm, and to support children and young peoples’ rights to develop and fulfil their talents and potential. We contribute to how society seeks to protect children from harm, but we also make sure that, in doing so, all interventions are justified, fair and happen in a transparent way. We are in a good position despite all the challenges of the last 50 years, and despite the acute challenges of the last year, to make Scotland the best place in the world for children to grow up, to Keep the Promise we have made to children who might need extra care and support, and to adhere to the ethos and spirit of Lord Kilbrandon in the next exciting phase of Scotland’s Children’s Hearings System.”

Malcolm Schaffer, our former Head of Practice and Policy:

“I became a Reporter in 1974, and since then there have been significant changes and improvements in the Children’s Hearings System and in the way we do things. I first attended Children’s Hearings in October 1974 in Edinburgh and Glasgow as an observer in preparation for being interviewed for an Assistant Reporter post in Tayside. The Hearing sessions in the two cities were so different that they left me in total confusion both about Hearings and the role of the Reporter!

Once appointed, over the next months I attended sessions in Dundee, Perth, Perthshire, Arbroath and Angus. Again there were huge differences between the areas. However, it is easily forgotten that in 1971 when the Hearings System started, there were over 50 local authorities, each employing their own Reporter and administering their own Children’s Panel, with no authoritative national body to give any direction. No wonder there were differences!

Initially there was a tension as to whether Hearings were just a different type of court. There were few care and protection referrals at the beginning – most were for children and young people committing offences. The introduction of the welfare principle, where children who offended were also in need of care and protection, was far from appreciated by many. The Rehabilitation of Offenders Act 1974 was a prominent example of legislators not understanding the nature of the Hearings System and its criminalisation of children caused huge anger at the time.

Children’s rights were not as consistently promoted as they would be later, but the system still came under challenge in particular from the Scottish Council for Civil Liberties because of the lack of legal representation, the lack of any rights to the reports submitted to Hearings, and the variable quality of panel members at that time.

Another major challenge to the Hearings System in those early days – though it didn’t disappear – was the non-implementation of decisions. This was not predominantly a resource issue at the beginning, but often an exercise of power by those in positions of power in deciding which children should be allowed into their establishment. This caused significant tensions and to many, weakened the authority of the Hearing.

Moving into the eighties, some of these earlier challenges lessened while the Hearings System evolved to cope with a gradual rise in the volume of non offence referrals brought about by the rise in drug abuse by parents and other social pressure at the time.

The growth in referrals led to increasing scrutiny both in the Hearings System and related partner agencies, firstly indirectly through the Cleveland Report, but then more directly through Lord Clyde’s Enquiry into the Orkney child abuse case and Sheriff Kearney’s investigation.

The Clyde Report paved the way for the first major legislation amending the Hearings System since its inception in what became The Children (Scotland) Act 1995, but also highlighted the differing practices of Reporters evident since the outset of the system and the limitations of their training at that time. As a result, Alan Finlayson, former regional Reporter for Lothian was commissioned to report on the structure of the Reporter’s service. The result was SCRA which was formed under the Local Government (Scotland) Act 1994 and became fully operational on 1st April 1996.

50 years on from the first Hearing, I think the ethos of the Kilbrandon report which led to the creation of the Children’s Hearings System, is very much alive. However, the system has not stood still, and significant and very welcome improvements have been made in children’s rights, legal and advocacy support for children and parents, a national body for Panel Members and Hearings-experienced children and young people very much at the centre of everything we do.”

Malcolm originally started as an Assistant Reporter in Tayside Regional Council in 1974 covering Dundee, Perth and Angus, before he moved to Lothian Regional Council in 1980 as a Reporter. When SCRA was created in 1996, he was transferred to the new organisation and took on the role of Reporter Manager in one of the regions which had been created. After several years as Reporter Manager in the East Region, he was then appointed to the post of Head of Practice and Policy where he spent 10 years in the role before retiring in May 2019.