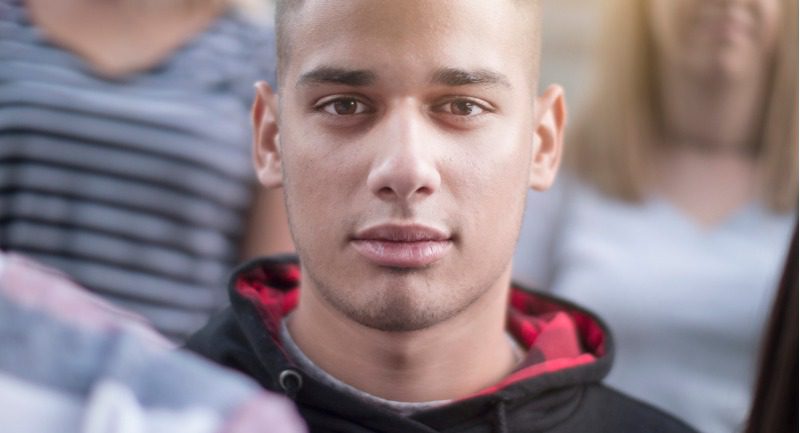 SCRA has welcomed publication of the Zine which has been produced by Our Hearings, Our Voice.

Our Hearings, Our Voice (OHOV) is an independent board for children and young people in Scotland aged 8-18 who have experience of the Children’s Hearings System. The launch of The Zine follows on from the OHOV exhibition and event ‘Hearing Children’ at the Scottish Parliament last year.

The Zine includes animations, verbatim testimonies, poetry and music created and performed by the young people from OHOV, and brought to life using actors’ voices and augmented reality. It also includes ‘Calls to Action’ for change and improvements within the Children’s Hearings System.

Neil Hunter, SCRA’s Principal Reporter/Chief Executive Officer got a sneak preview of the Zine at OHOV’s virtual Board meeting earlier this month.

Neil said: “When I first received the Zine I was really taken by its design and graphics and on the reverse side the calls for change which Our Hearings, Our Voice have made, based on their own experience of Children’s Hearings. It’s only when I downloaded the Zapper app that the two dimensions of the Zine suddenly fully burst into life …. and this incredible third dimension became real.

“The way the interactive elements the Zine are constructed are just breath taking. All of a sudden you’re able to access songs and stories, animation and visuals which entirely brings the whole thing into life in a way that you could not have thought possible when it was laid out on the kitchen table.

“The calls for action from Our Hearings, Our Voice made me really stop and think. All of the 40 calls for action are challenging and thought provoking, but at the same time entirely achievable and you can really see how the quality of experience of children young people in the Hearings System could be improved and enhanced if we are able to make progress on the calls for action over the next while.

“We are already working to take many of these forward, but others need further focus and acceleration in terms of how we now make tangible progress in putting the changes into place.”

Neil added: “I want to congratulate and give my huge respect and thanks to all of the members of Our Hearings, Our Voice for their leadership on this important piece of work and I look forward to meeting with them again soon to report on and discuss the progress we’re making in bringing these changes into reality within the Children’s Hearings System.”