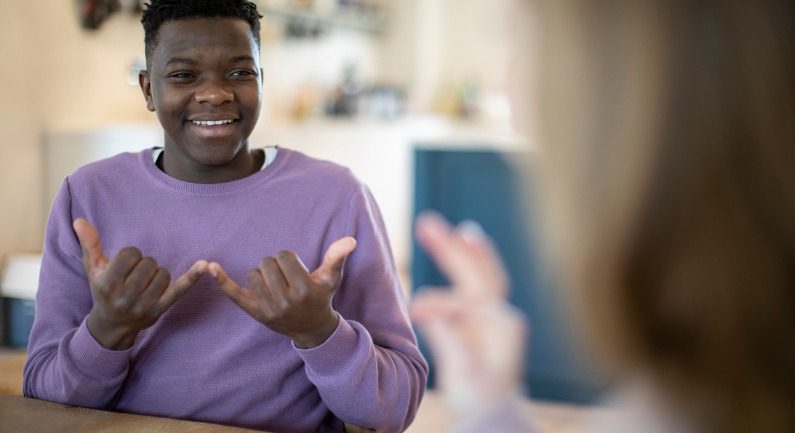 A university student is going to be undertaking research into mock Children’s Hearings.

SCRA has launched a new initiative running in Hamilton as an alternative to Hearing observation requests. Instead of attending an actual Hearing, partners wanting to observe Hearings attend a mock Children’s Hearing training module.

Now a BA (Hons) Criminal Justice student from the University of the West of Scotland has been awarded the prestigious Carnegie Trust Undergraduate Vacation Scholarship which will see her embark on a piece of independent research to assess the impact of mock Children’s Hearings on the professional development of social workers.

Stephanie Spence (20) from Airdrie first got the idea for her research topic following a Youth Justice module which examined the Children’s Hearings System.

Stephanie said: “I’m thrilled to be awarded this scholarship. I took part in a mock Children’s Hearing as part of a Youth Justice module which was overseen by SCRA in South Lanarkshire.

“When I heard SCRA was rolling this method out as the new way to train practitioners, I was immediately interested in carrying out research around this to develop an understanding of the impact mock Hearings will have on professionals as there is little contemporary research on this topic.”

Over the course of her summer holidays, Stephanie plans to attend a minimum of two mock Hearings being delivered to practitioners, as well as conducting focus groups and interviews to gather information.

She will then write up her findings into a report for the Children’s Hearings System to help inform our training programme, as well as delivering a poster presentation to the Carnegie Trust sharing her findings.

SCRA is fully supportive of this piece of work.

Children’s Reporter Joanne Lee is leading a number of the sessions at Hamilton and will be spending time with Stephanie during her research project, Joanne said: “Since the mock Hearings launched in Lanarkshire, around 30% of delegates attending have been from our intended audience of social work students. The other delegates are experienced professionals from a variety of services we work with.

“By facilitating these professionals to be better informed about the role of the Reporter, the referral/investigation process and the Hearings System, we hope they can better participate in Hearings going forward, leading to more robust discussions and decisions for the children we deal with.”

Katy Lang, who is a Senior Practitioner with SCRA said: “We are keen to better understand through this research if the learning objective of better equipping professionals to engage with the Hearings System is met through the module and we are delighted to be working with Stephanie and the University of the West of Scotland for this purpose. Stephanie will be seeking to undertake her research in a minimum of two SCRA Localities until September to enhance her analysis of this new approach.”